Here, then. Tell me the story in your own words.  That never-ending road trip across Nebraska. How you fell in love with him because of his eyelashes. And just a little bit because of the faith that you wanted to fuck right out of him. How you would burn with it whenever he brought up god in the backseat. Those eyes, that slow southern Baptist fire on his tongue as he fingered you towards calling up to heaven in your own way. How you wanted to be the devil on his shoulder but that little angel of his just pissed you off.

By Montana, he was already tired of your jokes about being nailed on his cross. The quickest you’ve ever thrown a relationship into a tomb with no hope of resurrection. But oh, those few nights in Nebraska; how light and how holy you felt kneeling over him. The ecstasy of placing his body onto your tongue. 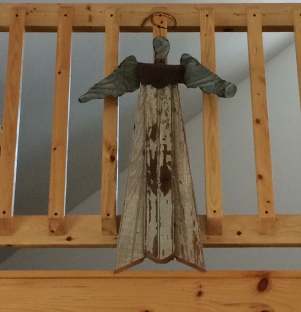 C.C. Russell lives in Wyoming with his wife and daughter. His writing has appeared in such places as Wyvern Lit,  Rattle, Word Riot, The Cimarron Review, and The Colorado Review. He is a Pushcart prize nominee. In the past, he has also lived in New York and Ohio.