Lying in our bed Charlotte would ask me to tell her a story. This is how I knew we were still alive. Once, I told her the sounds we heard coming from the trees in our side yard were the sounds of owls making love. But it sounded like cats fighting, she said. No, I told her. I looked it up on YouTube. Those were definitely owls. Love in nature can be violent, I said. She rolled onto me then and we made our own love, loud and careless, unconcerned for our open windows and the neighbors probably listening.

When you fight you feel something. But Charlotte used silence, the assassin of feelings. Her silence invaded everything. Dinner, the couch, brushing our teeth. It suffocated because Charlotte might finally reveal her truth.

Except in the bed.

That’s when Charlotte asked for her story and the air returned.

I told her once that I watched porn and for a good ten seconds nothing moved. Not Charlotte. Not even the tree shadows climbing the wall. Shit, I thought. But then Charlotte popped up and said, do you really? Do you really? Everything was alive again. Her face. The shadows. Yeah, of course I do, I said, like it was no big deal. I ran and grabbed the old computer and we set it on a pillow in between us. Then we set it on one side of us. She liked girl on girl. I said, works for me. We giggled liked teenagers.

My theory — Charlotte was somebody else. She wasn’t a social worker married to a low level accountant, and perhaps, she wasn’t a woman married to a man. She was like a butterfly in waiting and the opening of her cocoon scared her. She was discovering something, and though I wasn’t stopping her, I wasn’t helping. I wasn’t the one.

That last night, I started by telling her a different story. I was tired of being scared, tired of her truth. The story was about this woman at work who was a single mother but now was pregnant with a coworker’s baby and he was married and that man’s wife threw a brick through the pregnant woman’s car while her daughter watched from the sidewalk and then the police came and they called social services and —

No, it’s not a good story, I admitted.

Tell me the story of us, she said.

Well, we met in graduate school —

No, the story of our future, she said. I can’t see it.

Oh. Right, I said. Well, there’s you and me and we’re dancing. Yes, we’re on a back deck, no, a veranda and the moon has cast everything in blue. The song we’re dancing to is You Send Me by Aretha Franklin.

Our wedding song, she said.

Yes. It’s our thirtieth anniversary. We have snuck away from the party to dance. Our three children are terribly angry.

Charlotte smiled but this time didn’t roll onto me. Yet, the room felt charged with something. A sweetness, maybe.

Another thing about Charlotte. She had eyes so large when she closed them I swear the light in a room dimmed. It was almost imperceptible, but I could see it. And that last night, after I told her the story of our future, she never closed her eyes. I would drift off to sleep and then wake suddenly to check and there she was, eyes wide open, breath like soft raindrops onto my nose, the room tinged in an orange sunset glow. I kept asking if everything was okay. She’d turned to me, smile, and say, yes.

I wonder if a person can lose something they always knew would go missing. It would seem, from personal experience, you’re not truly losing it if you were already aware of its eventual departure. You were only borrowing it. You knew from the first moment you encountered it, which for Charlotte and me was while drinking a beer and debating soy hot dogs to real hot dogs, that you’d someday have to return it. You had to know it never belonged to you. Charlotte never belonged to me.

Some time has passed but I still tell stories. It’s how I fall asleep. It’s how I know I’m not all the way dead, though I repeat many of the stories. My favorite to tell is about a woman named Charlotte, about wherever she might be. 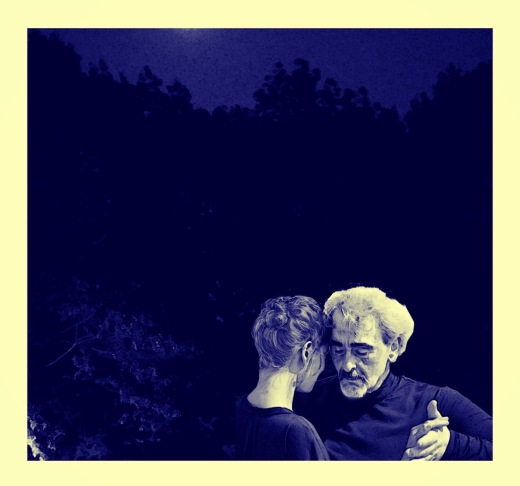 Daniel W. Thompson’s work has appeared or is forthcoming in publications like decomP, Jellyfish Review, WhiskeyPaper, Third Point Press and Cheap Pop. He works as a city planner and lives in downtown Richmond, VA, with his wife and children.