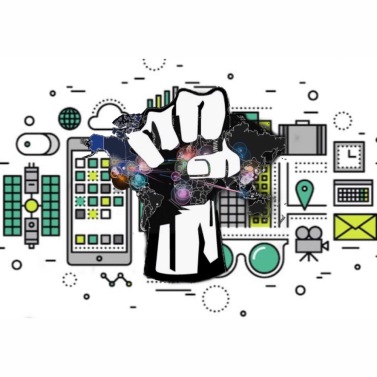 Now Mike is saying we need an architecture diagram. Wes is saying API. He is black. He is recently divorced. Duane says this will let you know how many thises and thats you’ll need to make it whistle and whirl. Everybody laughs at this. Whistle and whir, you think. Whistle and whir. Another person’s mother just died. Kirk something. You don’t know him. He started when you did. Maybe he does something with UI, with UX. Maybe he is on the data team. There is a chart you could check. You don’t know where that chart is, but you know it is there. It is somewhere, it could be found. Chris is projecting his demo. You are in this room. You are with everybody else. Assembled and gathered. This will be for Friday’s showcase, Chris says. He drives a convertible. He wears wire-rimmed glasses. There is Visio, there is NiFi. This is a part of this sprint. This is a deliverable. A task. Written down on a board, in a column. Delineating and defining. A breaking out of work, an assigning of tasks. Collaboration and transparency. Everyone can know what everyone is doing. It is all there. Mike is wondering what is the practical limit on number of nodes since consensus is needed between all nodes. This is what he is wondering. Ron wants to know if a node can be kicked off if it is behaving badly. Somebody says DDOS, somebody says use cases. You look out the window. There are vultures outside of H3. They swarm and hover. They are huge. Heads red. They swoop, they swirl. You can see them. There is talk about a new dashboard. Statuses and reports. Real-time. Pulling data. Everything is about data. Structured and unstructured. There is data, there is information. Knowable things. Growing and amassing. Swarming and inevitable. It has always been there. We are just now seeing it. Defined and organized and what do we do with this. This is the question, this is how people spend their time. What to do with all of these knowable things.  And then what, you think. And what then, you think. How do we track this, somebody says. Somebody here, somebody there. You think tracts, you think broadsides. You are reading about politics. Articles and blogs. Twitter. Planes are being shot down. Trade treaties are being dissected. Stances, posturing. Aggressions and tensions.

How wonderful, you think, to be back on the brink. To be in a place, in a context.

Where were you when, people will say.

It was right around when, people will say.

You remember being a kid. You remember reading a magazine that you got from your school. You were in a restaurant at the airport with your parents. The magazine was about the cold war. It was night and dark and cold. It was winter. The magazine had an eagle and a bear on it. They were cartoons. They were getting ready to fight. You read the magazine in the restaurant thinking you were going to die. This was going to be it. A finality and a certainty.  Bombs were going to drop and you would all die, all of you in this restaurant. All of you everywhere.

All arranged in a bowl.

A geometry, a math.

There is a scene and it is night and your mother is slowly cutting a section of hard-boiled egg with a knife and fork. With dressing brought from home that is on the side. When this slice of egg is gone, there will be an absence, a lack. A removing. It is cold and night. It is dark outside and everybody is going to die.

Ben Slotky’s first novel, Red Hot Dogs, White Gravy was published by Chiasmus in 2010 and was re-released by Widow & Orphan in 2017. His work has appeared in Numero Cinq, The Santa Monica Review, Golden Handcuffs Review, McSweeney’s, Hobart, Juked, Jellyfish Review, Barrelhouse, and many other publications. “It Is Cold And Night” is from his new novel, A Wave, A Wash. He lives in Bloomington, IL with his wife and six sons.